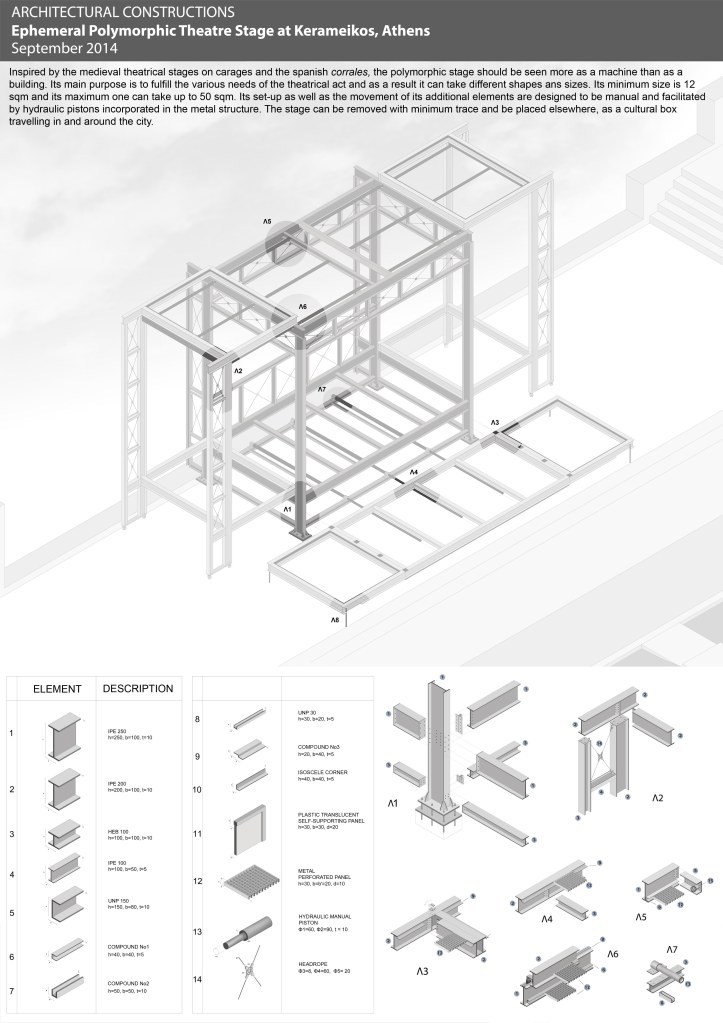 Design of the Polymorphic Stage, a small theatre stage that can be moved around the city and change its shape according to the needs of the theatrical act.

Inspired by the medieval theatrical stages on carages and the spanish corrales, the polymorphic stage should be seen more as a machine than as a building. Its main purpose is to be easy to move, and to be able to change its form to fulfill the various needs of the theatrical act.Its minimum size is 12 sqm and its maximum one can take up to 50 sqm.

Its set-up as well as the movement of its additional elements is designed to be manual and is facilitated by hydraulic pistons incorporated in the metal structure. The stage can be removed leaving a minimum trace and be placed elsewhere, as a cultural box travelling in and around the city.